Every year Discovery Channel delivers arguably the most highly anticipated week of the year: Shark Week. People gather in front of their TVs to watch the year’s new footage and findings about the creatures that span oceans and rivers. Not many television events draw this much attention without the promise of some sort of competition, like the SuperBowl or the Miss America pageant. On top of that, Shark Week produces not just one night of programming, but a whole week’s worth. The success of this huge TV event leaves us asking the question: how do they keep audiences interested year after year?

As a marketer, I’ve got my eye on the marketing strategies that help keep Shark Week afloat in 2016.

It’s all about the digital

I wasn’t around for the inaugural Shark Week, but I can assume Discovery’s marketing strategy looked much different than it does today. The key to continued success is adapting promotions to the latest available digital features. Discovery has a website specially designed for Shark Week, and let me tell you it is packed with content. Let’s look at the most innovative and effective. 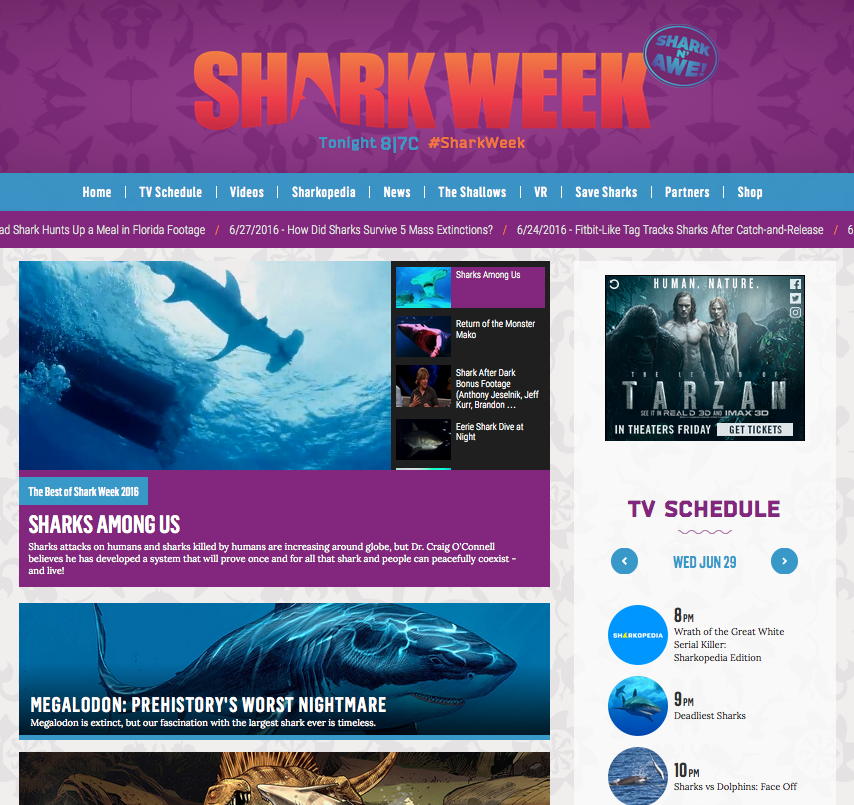 These days, where there is a website, social media is not far behind. Shark Week is using a cross-platform strategy that allows viewers to further interact with the content.

With Shark Week coming to an end, this whole online marketing strategy will be put to rest until next year. Because they had saturated online content to pair with the TV programming, the viewers were able to reinforce their discoveries from this season with self-guided exploration on the Shark Week website and social media accounts. Now the real question is… What will they roll out in 2017?